ANALYSIS – Rare blue diamonds, vying with pinks, are among most prized by collectors

March 2019 – Rare and exquisite natural blue diamonds are among the most sought-after gems, seen in recent auctions vying with pinks and achieving world record prices, with premiums built in for exceptional provenance and freshness to the market.

The Cullinan mine near Pretoria is the world’s only notable blue diamond producing mine. Blue diamonds are extremely rare and, like pinks, are among the most prized by connoisseur collectors.

The rarest colour is the red, which seldom comes to the public auctions market.

Some of the rarer colours are so unusual and hard to find that they go directly from the mines to auction houses or museums.

A superb blue diamond that will be showcased by exhibitor Windsor Jewelers at the coming edition of GemGenève (May 9-12, 2019), will be the Shirley Temple Blue Bird, a more-than-9-carat fancy deep blue, internally flawless diamond.

It has great provenance as it once belonged to the Hollywood child star.

Other GemGenève exhibitors showing blue diamonds, include Kunming Diamonds who will present loose stones in a variety of hues of blue, including fancy light blues and fancy vivid blues, weighing up to 3 carats, said director Harsh Maheshwari.

Standouts will include a pair of one-carat, pear-shaped diamonds, one of them vivid blue and the other an Argyle pink.

“Smaller blues may not always have provenance, but they are rare,” Harsh said.

He added that for him, some of the most beautiful blues are tinged with green.

He said that blue diamonds were currently outperforming in the wholesale market.

“Pinks and blues play off each other very well,” said director Bruno Scarselli. “Pinks give more brightness to the blues.”

Ely & Co Fancy Diamonds Inc. will display over 18 blue diamonds at GemGenève, including a 17.89-carat fancy light blue, and a set of vivid blues made into jewellery.

“We are proud to continue the long line of exceptional blue diamonds at Sotheby’s, with the sale of the fancy intense blue diamond, that soared to $6.7 million after competition from three bidders,” he added.

Royal provenance, and a freshness to the market, have helped to drive up prices of rare and beautiful blue diamonds. Top-tier collectors prefer to buy stones the first time they appear on the market.

In May 2018, the top lot at the Sotheby’s Magnificent Jewellery sale in Geneva was the 6.16-carat Farnese Blue, which had remained in the hands of the same family for 300 years.

It netted $6.7 million to an anonymous buyer, well above estimate.

Given to Elisabeth Farnese, Queen of Spain, as a wedding present in 1715 and subsequently passed down through four of the most important royal families in Europe, the mesmerizing pear-shaped blue diamond was appearing on the market for the first time.

In terms of absolute world records, a pink stone currently prevails, but the blues are never far behind.

Some collectors believe that the world record price of $71 million achieved by the 59.60-carat Pink Star diamond at Sotheby’s auction in Hong Kong in April 2017, was a bargain for the buyer, Chinese jeweller Chow Tai Fook.

The oval Pink Star smashed the record price for any diamond sold at auction following a brief bidding battle.

The justification for such a price is rarity and beauty.

The previous world record-holder for a diamond sold at auction was a blue diamond — the 14.62-carat Oppenheimer Blue, which fetched $57.5 million at a Christie’s auction in Geneva in May 2016.

Asian buyers have figured prominently in purchases of magnificent rare diamonds in the past few years, such as Hong Kong property tycoon Joseph Lau who bought the Blue Moon – another fabulous blue diamond — for a then world record price of $48 million in 2015.

Collectors can sometimes turn the rivalry between pinks and blues into an advantage by snapping up superb combinations of the two colours.

In May 2017 in Geneva, a magnificent pair of blue and pink diamond earrings – the Apollo Blue and Artemis Pink – achieved a world record price for a pair of earrings sold at auction of $57.4 million at the Sotheby’s sale.

The two stones were sold as separate lots, but both went for extraordinary prices — to the same anonymous buyer, underlining the fascination for blue and pink diamonds while keeping the two stones together as a pair of earrings.

“If paying $57.4 million for a pair of earrings isn’t a sign of confidence in rare coloured diamonds as a viable investment asset, I don’t know what is,” said Tobias Kormind, 77Diamonds.com managing director. 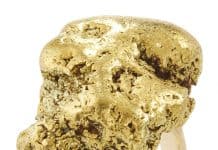