VICENZA, Italy, May 24, 2010 – Italian jewellers attending the Vicenza Fair expressed frustration over what they see as unfair import duties levied by key markets such as China and the United States, and privately expressed scepticism that EU lobbying efforts would resolve the issue soon.
The import duty on products from the EU to China stands at between 20-35 percent, and the duty on EU goods entering the U.S. is 5.8 percent.
This compares with duties on imports of Chinese and U.S. goods to the EU of just 2.5 percent, according to EU Commission figures distributed at the Charm edition of the Vicenza Fair. Italian jewellers who export to China and the U.S. privately expressed doubts that EU lobbying efforts to cut the duties would have any success soon.
They said the issue of what they see as an unfair import duty regime was a perennial one, and one jeweller said he encouraged buyers from China to sample his goods elsewhere, such as in Singapore.
Italian jewellers note that China is one of the fastest growing diamond jewellery markets, and that the United States is showing signs of recovery after a deep recession, with retailers re-stocking.
They said the only practical way to break into the complex Chinese market was to join forces with a local partner there, but the duty issue still had to be confronted. 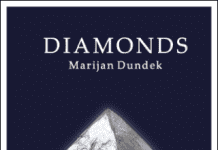