SHANGHAI,  May 2017 – The Shanghai Gems & Jade Exchange, and the Thai Gem and Jewelry Traders Association (TGJTA) launched a dynamic jewellery confederation with the aim to boost jewellery trade and exchanges between China and Thailand to establish a modern-day “silk road” under the name of the China-Thailand Gemstone Traders Association, or CTGA.

Through close collaboration, both organizations have reached an agreement on rebuilding the ‘silk road’ of China-Thailand jewellery trade in the context of China’s ‘One Belt and One Road’ construction project. Complementing each other, this confederation will build a bridge of exchange, communication and trade cooperation in the gems and jade market of both countries.
The Memorandum of Understanding (MOU) was signed on May 9, 2017 by Ms. Wang Wan Fong, President of the Shanghai Gems & Jade Exchange and Mr Suttipong Damrongsakul, President of the TGJTA.

“The China-Thailand Gemstone Traders Association or CTGA will be holding activities for members such as buyer missions and booth exchanges while facilitating trade between the two countries,” said Mr Suttipong. “Moreover, the CTGA will be collaborating with other associations in countries like Russia and Cambodia to increase trade in the region.”

The opening of Jewelry Shanghai 2017 organized by the Gems & Jewelry Trade Association of China (GAC) was witnessed by key representatives in the industry worldwide including Mr Suttipong Damrongsakul, President of the TGJTA 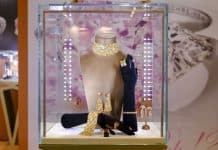 Vicenzaoro, showcase for design, trends and manufacturing in precious jewellery, returns from September 9-13, 2022 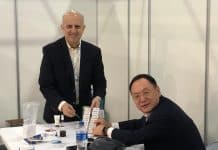