CMJ moving “back to its roots” as a buying group

BIRMINGHAM, England, August 7, 2017 – The Company of Master Jewellers (CMJ) is moving “back to its roots” as a buying group, looking to refocus the business towards the needs of the membership in a new business strategy unveiled at its AGM.

In a speech to the membership at CMJ’s AGM in Birmingham on August 7th, CMJ recently appointed Chairman Michael Aldridge said: “Our intention is to get CMJ back to being the best buying group for independent retail jewellers within the UK and Europe.

“Over the past 10 years, the CMJ has increased its membership significantly, raised its profile to new heights. Our income under the stewardship of our past Chairman and CEO has risen dramatically, allowing many members here today to bear the fruits of their labour.

Julie Langton, the CMJ’s non-executive finance director, reported that subsidiary businesses set up by CMJ over the past year, including a distribution company, had largely attributed to the net loss of £73k in the CMJ’s 2017 financial accounts.

“We now have a good governance committee in place and we will be seeking to turn CMJ into a lean and efficient machine, to service the members and suppliers that are absolutely fundamental to its existence and its future,” Langton said.

Aldridge added: “We have a challenging time ahead of us. We have identified the issues and are dealing with them in a positive way with good corporate governance, transparency and integrity.

“There is now an opportunity to look at the services we offer and there are cost savings to consider. We are looking for greater transparency within the business and we will be more focused on the needs of our members.”

Over the past year, CMJ has welcomed eight new members and is to “announce some exciting new suppliers” within the next few months, according to Aldridge.

The Chairman’s address was endorsed by several of CMJ’s biggest members, including Alan Higgs of TH Baker and Edward Ferris of SWAG Jewellers, both commenting that they had absolute confidence in the CMJ board of directors and that the new Chairman was “outstanding.”

Turnout by retailers was strong and the order flow appeared brisk at the CMJ Autumn Trade Event, held at the Hilton Metropole NEC on August 6th and 7th. 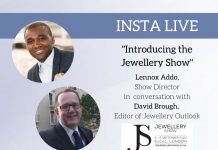 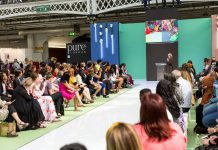