LONDON, January 30, 2010 – Mathematics and geometry have inspired the latest cufflinks collection of UK designer Babette Wasserman, while interchangeability is a key feature of her new “Daisy Charm Collection” of jewellery.

Babette’s new line of colourful cufflinks, made of steel and rhodium-plated base metal, have a myriad of mathematically inspired designs drawn from themes such as Fibonacci numbers, algorithms and the Union Jack.

“The new cufflink collection is all based around mathematics and geometry,” Babette told Jewellery Outlook in a recent interview at her studio in west London.
“This makes a design very easy for the eye to look at – it ends up being a very balanced design.”
She added, “Everyone is getting back into patterns.”
Babette, who distributes to a number of upmarket stockists in the UK and abroad, including Selfridges in London, says the cufflinks will appeal not just to the numerate male, the finance professional, but also would fit nicely as an anniversary or Father’s Day present.

Babette Wasserman cufflinks can be purchased with matching woven silk ties in hand-made wooden boxes, retailing for around 100-120 pounds.

In her latest jewellery collection, Babette has introduced a multiplicity of charms, some of them with Nature themes, like starfish and shells, to adorn silver chains and double bracelets.
“You can open a little bale on the necklaces and interchange them with different hand-carved crystals and Swarovski crystals,” Babette said.
“There’s a big theme of interchangeability and adding to one’s collection.

“It comes back to the idea where you can open the clasps and collect the pieces – and individualise the jewellery. That’s what I want to achieve with this collection.”
Babette said she had been influenced by the austere economic times of today, and recently produced a line of reversible cufflinks.
“If you have one set of cufflinks that does various things, you can use it for various outfits,” she said.
Babette is launching a new website in mid-February which will showcase all of her new ranges and permit online purchases.
Babette Wasserman will be an exhibitor at Birmingham Spring Fair and International Jewellery London (IJL) this year, and at other exclusive trade events in the UK and Italy.
Babette is looking for UK agents to represent her jewellery collections. 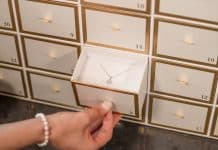 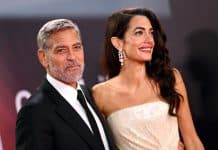