BIRMINGHAM, England, February 6, 2011 – Clogau Gold has launched the Kensington collection in 9-carat yellow and rose gold with diamonds, inspired by the gates of Kensington Palace, Princess Diana’s former home.
Clogau Welsh gold has a long association with the British royal family because it has been used in royal wedding bands since the early 20th century, including that of Princess Diana.

The Kensington collection is very intricate and has a delicate but at the same time substantial feel, Sonia Menezes, Brand Manager of Clogau Gold of Wales, told Jewellery Outlook at The Jewellery Show where the Kensington collection was launched.
“There is a touch of rare Welsh gold in every since piece of Clogau that we make,” Menezes said.
No gold mining takes place in Wales today. The Clogau gold mine, which was a leading supplier of British gold at the start of the 20th century, is considered to be exhausted.<br>The sparing use of Welsh gold in each piece of Clogau jewellery, makes it more affordable and will help to secure the longevity of the limited remaining supplies.<br>Pure Clogau Welsh gold is so precious that a single nugget was donated to create the wedding ring for the Queen Mother in 1923.
Clogau Welsh gold has been used in British royal wedding rings ever since.
Now it remains to be seen if Clogau gold will be used in the wedding band of Prince William ; and Kate Middleton.</br 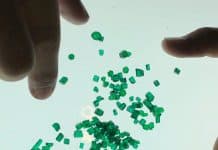