Mid-market coloured gemstone prices could weaken in the near term due to subdued demand amid the coronavirus pandemic, before later recovering, while the market for high-end stones is resilient, dealers and retailers say.

Bargain hunters are seeking opportunities in gemstone trade in the midst of the emergency.

There is a lack of rough stones entering the market as new rough supply has halted in mining origins such as Sri Lanka and Madagascar, and hand-carrying of stones to manufacturing centres such as Thailand, has stopped due to restrictions on international travel.

“I imagine that coloured gemstone prices (in the middle market) can drop some 10-20 percent (in dollar terms) in the near term – in the next three to six months, say – before starting to get back to where the market was before Covid-19,” said Navneet Agarwal of Bangkok-based Navneet Gems, a coloured gemstone manufacturer (https://www.navneetgems.com/.)

Gem cutters are sitting on big inventories due to the cancellation of several trade shows where they had planned to exhibit.

“In the current market gem cutters are cutting and polishing their old rough inventory only,” said Abhishek Khator, a Jaipur-based gem dealer and manufacturer.

“Nobody is interested in buying new inventory unless the gems are very appealing and are offered at an attractive price. Everyone wants to hold cash in hand for the future.”

Richard Haruni of Hatton Garden-based Haruni Fine Gems (http://www.haruni.com) said: “Right now everyone is sitting on inventory. It’s not like things were so healthy before the pandemic: coming out of it will be exceptionally challenging.”

He added, “Where pressure will bear is in the medium commercial goods. If history is anything to go by, consumers of these goods will be most affected by the current situation. “

Demand for coloured gemstones has slowed as lockdowns kicked in across much of the world, but more business was shifting online, dealers said.

In the UK, the expected reopening of jewellery stores from June 15 will encourage a recovery in domestic gem dealings as retailers gradually restock.

Retail coloured gemstone inventories are likely to be reasonably ample due to the erosion of jewellery demand during the lockdown.

In Thailand, an important source of manufactured gemstones to the global market, businesses are gradually resuming.

The Asian Institute of Gemological Sciences (AIGS), a gemstone lab and school, reopened in May.

Gem dealings in Switzerland, a key trading centre at the top end of the market, are slowly picking up, with bargain hunters vying to seize opportunities from those holding sizable inventories.

“Bargain hunters are around. (I got some calls: ‘What do you have to sell or need to sell?’”) said Geneva-based high-end gem dealer Elke Berr (http://www.elkeberr.com), who added that she was maintaining her prices.

“I can imagine that some dealers are probably ready to sell their ‘overstock’ at cheaper prices.”

For retailers and jewellery designers in countries such as the UK, India and Thailand, the softness of the pound, rupee and baht against the U.S. dollar may push up prices of dollar-denominated coloured gemstones in local currency terms.

Digital commerce in gemstones is picking up through the lockdown.

“I have spent the last two months digitizing my inventory and uploading it on to a new platform I’m involved with, called GemCloud (http://www.thegemcloud.com) which plugs into some of the biggest selling platforms in the world,” Richard Haruni said.

“As people become reluctant to travel, visiting and trading at gem shows will change. People will naturally depend more on e-commerce and digital platforms, to trade.”

Jaimin Soni of A G & Sons (http://www.agnsons.com) spoke of steady demand seen by the Harrow, UK retailer for emeralds around the year with ruby jewellery, such as tennis bracelets, popular from May onwards.

At the high end of the market, coloured gemstone prices are holding up, with increased interest in investment grade stones, dealers said.

The high-value auctions market was seeing prices hold up well for exceptionally rare and beautiful gems and jewellery.

The leading auction houses, including Sotheby’s, Christie’s and Bonhams, have moved their sales increasingly into online formats during the pandemic.

Sotheby’s sold a 1930s Cartier “Tutti Frutti” gemstone, diamond and enamel bracelet for $1.3 million in late April, the highest price achieved for a jewel in an online auction.

Jean Ghika, Bonhams’ global head of jewellery, said she was optimistic about the outlook for coloured gemstones at the top end of the market.

“I do believe that items of exceptional quality and rarity in both the gemstones and jewellery categories will retain their value,” she said.

“This inevitably means that some investors and collectors will consider precious stones and jewellery as a safe haven in times of financial uncertainty and historically low interest rates.”

Chinese collectors, deterred by weak property markets and declining values of other financial assets, have stepped up enquiries for top-end, exquisite coloured gemstones due to their potential investment appeal. 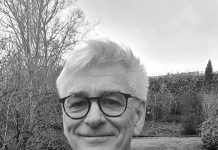