The global economic downturn, driven by the coronavirus pandemic, has choked diamond consumption as consumers have struggled through life under various forms of lockdown.

Big inventories in India, where most natural diamonds are processed, combined with the slump in demand, augur for a further weakening of diamond prices in the short term.

Diamond markets are facing a severe liquidity crisis as jewellery retail, diamond manufacturing and trading shut down, the Rapaport Group has reported.

Several international trade fairs cancelled or postponed their editions that had been scheduled for March 2020 or later. The last major international trade show to take place was the late-February 2020 Bangkok Gems & Jewelry Fair, which took proactive measures to reduce risks of spread of the virus. 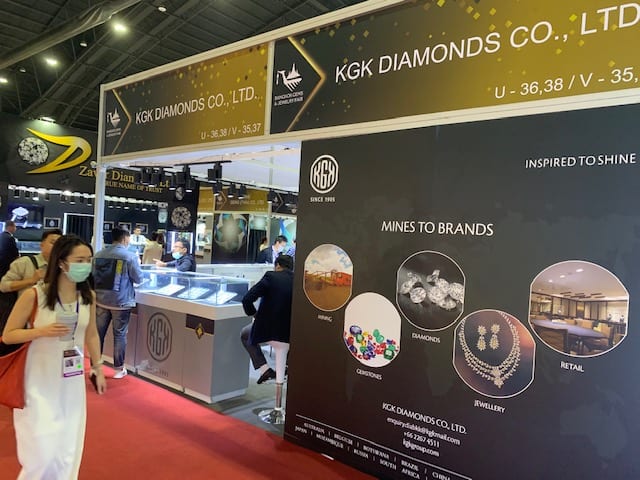 The dealer market in the United States has been quiet with New York, hard hit by Covid-19, remaining in containment.

In Antwerp, dealers have anticipated limited new rough diamonds supply in the next two months as the economic crisis drags on.

The big inventory of polished diamonds in India weighs on supply.

Banks in India have tightened credit to the diamond sector after financing scandals in recent years and due to the tough market conditions created by over-supply.

While this scenario offers support for polished diamond prices in the longer term, the demand outlook remains subdued as the economic emergency will trigger lost jobs and incomes, notably in the United States, one of the world’s biggest diamond and diamond jewellery markets.

U.S. consumer sentiment has plunged amid high unemployment, with the Conference Board Consumer Confidence Index down 27 percent to 86.9 in April, its lowest reading in nearly six years.

Rapaport, which publishes a widely followed pricing system for polished diamonds, has reported a sharp fall in diamond prices.

The RapNet Diamond Index (RAPI™) for 1-carat diamonds dropped 6.8% in March and 8.7% in the first quarter.

Many diamantaires protested about the price cut, triggering calls for alternative pricing systems.

Martin Rapaport, who heads the Rapaport Group, defended the decision to announce the price cut, saying that it was an inevitable response to global market realities.

The De Beers Group, a leading diamonds supplier, has cut mining production plans in response to the crisis, and has allowed customers of its rough diamonds to skip purchases at its May “sight”, a recognition that the demand side is suffering.

Russian diamond miner ALROSA, another huge supplier of rough diamonds to the global market, has said: “The spread of coronavirus and counter-pandemic measures continue having their negative impact on all markets worldwide. Under these circumstances, getting back to the traditional trading session format seems impossible, as it would have dramatic effect on midstream companies.

“In these challenging times ALROSA is committed to support its clients. For the May trading session, the company offers them a maximum flexibility, retaining the terms announced at the previous April period. ALROSA doesn’t set the obligatory buyout limit, allowing its clients to keep off the trade if they want. Deferred goods will be offered during future sales periods.”

ALROSA’s contract sale starts on May 13.