Gold erased initial gains after the inauguration of President Joe Biden, pressured by a firmer dollar while being supported by its appeal as a hedge against inflation due to a proposed U.S. $1.9 trillion stimulus package.

Gold was down 0.76 percent at $1,856.42 per ounce on January 22, weighed by the strengthening dollar, which can potentially cap bullion in coming sessions.

Gold was supported by expectations for the stimulus package in the United States: a huge cash injection to the economy would raise inflationary fears, increasing the appeal of the precious metal to savers.

Gold was also underpinned by tightening lockdowns in countries such as Germany and France, and new restrictions against Covid-19 in China, as well as by comments from the U.S. Federal Reserve indicating no changes in interest rates.

Tougher lockdowns augur for a slower recovery of the global economy.

Gold prices risked further downside due to possible delays in implementation of the stimulus package proposed by Biden, who took office on January 20.

“Biden’s proposal of $1.9 trillion is going to help, but again it is a little down the road. He first will need to …get the stimulus passed through the House and the Senate. At the same time, he is potentially going to try to impeach President Donald Trump. It will get messy.”

Economic data pointed to a significant slowdown early in 2021 due to the introduction of more lockdowns, dragging on economic recovery.

Key to the outlook for gold prices in 2021 will be the United States, wrote Lawrie Williams, precious metals commentator for bullion dealer Sharps Pixley.

“The outgoing President will be leaving in a degree of ignominy, fighting a unique second impeachment call. This could well only further incite the political divisions, whether or not it is successful,” Williams added. 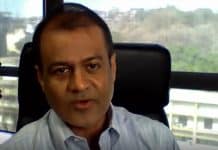 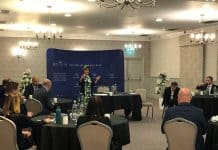 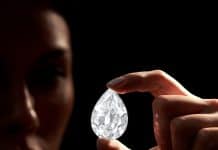