April 2016 – The UK’s leading Fairtrade jeweller Cred Jewellery has been selected to design and produce six Fairtrade silver medals for the Archbishop of Canterbury’s Lambeth Awards.

Awarded on March 31st at a special ceremony at Lambeth Palace in London, the medals were expertly designed by Cred Jewellery’s Head Designer, Annabel Panes, and beautifully produced by the company in Peruvian Fairtrade silver.
Cred Jewellery was approached to design and produce six new medals to complement three existing medals already awarded by the Archbishop of Canterbury, Justin Welby.
Marking the third anniversary of the Archbishop’s installation, the awards on March 31st recognised outstanding service in various fields. Forty people representing a number of faiths received their own medal across the nine awards. Recipients include religious, political and community leaders, musicians and others.
Measuring 47mm, each Fairtrade silver medal features meaningful symbols, such as the Cross of St Augustine, the Canterbury Cross, the Lambeth Cross, flames, a beetle and the fanned pages of a book.
Annabel Panes, Head Designer at Cred Jewellery, said: “As dedicated ambassadors of Fairtrade, we felt extremely privileged to work with the Archbishop and his team on the production of these medals. It was an honour to have the opportunity to work with Lambeth Palace on the project. This project has been very important to us as it helps the Fairtrade story to grow and exposes precious Fairtrade metals to more people.”
The Archbishop of Canterbury sought to have the new medals produced in Fairtrade silver, having had first-hand contact with the mining industry and its challenges, such as the poor conditions of work experienced by many artisanal small-scale miners.
The Archbishop Of Canterbury said: “Cred Jewellery has been an utter delight as partners in this work. Its designer Annabel Panes, with whom we’ve worked very closely, has been unstinting in both her engagement with this project and her skillful attention to detail.”
Each medal has been awarded for a particular area of service: Reconciliation and Interfaith Cooperation, Education and Scholarship, Public Life and Community Service and Worship. The medals were designed to reflect the area of service they represent and to celebrate or commemorate the lineage of previous Archbishops after whom they are named.
By using Peruvian Fairtrade metals, Cred Jewellery ensures miners receive a premium for their product, which enhances the personal, social and environmental wellbeing of miners and their communities.
Cred Jewellery’s unique story is a tale of provenance – dedicated to providing complete transparency within its supply chain.
The brand has pioneered Fairtrade for the jewellery industry since 1996. 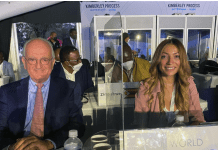 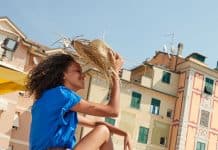 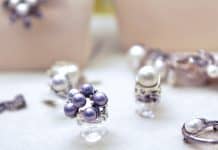