“The rough diamond came from Brazil and was cut into a modified cushion,” Alexandris said.

“It possesses superior colour with a high degree of intensity in a region that could possibly be recut to provide an even more vivid and breathtaking appearance.”

Further details of the sale of the diamond, which will appear in an upcoming book by Alexandris, were not known. 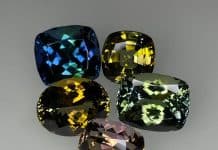 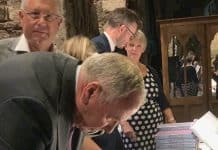