September 2, 2011 – Titanium, a minor metal used in the aerospace industry, is gaining favour in jewellery design for its lightness, rigidity, antiallergenic qualities and ability to be transformed into bold colours.
Italian jewellery designers said titanium, one of the most abundant elements in the earth’s crust, is an increasingly popular choice for their creations because it is much cheaper and lighter than gold and other precious raw materials.

“For the same weight as gold, I can design a much bigger surface area in titanium, which makes the metal ideal for larger earrings,” said Milan-based Alessia Ansaldi of Alessia Ansaldi Design.
Mattia Cielo, whose award-winning Vicenza-based company has been at the forefront of titanium jewellery design in recent years, said, “Titanium makes it possible to produce big pieces, which would be heavy if produced with other metals.”
Cielo added, “Titanium currently represents about 5-10 percent of what we produce, but it will surely grow to high double digits soon.”
Titanium, a hard metal suitable for jewellery, weighs a quarter of gold and costs a fraction of the price of gold and silver, although titanium prices have more than doubled over the past two years due to tightness of availability of supplies from top producer China.

The increasing use of titanium in jewellery is part of a global trend to use new materials, partially in response to soaring prices of precious metals, designers said.

“There is increasing interest in new materials to produce contemporary jewels,” said Barbara Urdenzo, a designer based in Vicenza, northeast Italy, who exhibits her pieces in galleries such as V&V in Vienna and Marjike studio in Padua, Italy.
“Jewellery is no longer tied to precious elements.”

Titanium’s antiallergenic properties are a strong plus too. It is a natural choice for body implants such as bone joints, pins and plates as it is one of the few metals which the body does not try to reject.
“Titanium has got a purifying, cleansing property,” Urdenzo said. “That is why I created a jewel that you can insert in your nose with titanium.”
VISION

When processed using electrolysis techniques, titanium can be presented in a range of bold colours, from shades of green to violet.
“Titanium offers beautiful colours when processed on the surface – innovative colours, far from traditional,” said Mattia Cielo.
Fabrizio Tridenti, a designer based in Pescara in central Italy, said, “With electrolytic processes, you can get incredible colouring using titanium, while with gold you are confined to yellow, white and red.”
CONTACT DETAILS

A downside of using titanium is that demand remains modest as the metal is not yet widely known as a raw material for jewellery making, and industrial costs of using titanium are high as specialist machinery is required to work with the metal.
“The only difficulty is the processing cost because, compared with gold or silver, the necessary machinery is more expensive and hard to find,” said Natsuko Toyofuko, a Tokyo-born designer who lives in Milan.
Fabio Cammarata, another designer who is based near Monza in northern Italy, said, “The big cost in using titanium is the processing.” 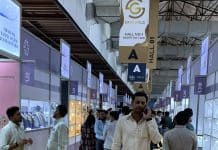 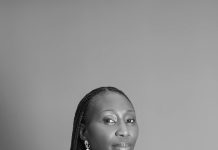