LAS VEGAS, June 10, 2014 – At the annual JCK jewellery trade show this month, Endless Jewelry broke all records for a new brand at the event, opening with 230 new retail partners in the U.S.

Demand at the Endless Jewelry stand was so overwhelming that several times show security staff had to ask waiting retailers not to queue near the stand to prevent overcrowding.
On the first day of the JCK Show in Las Vegas, Endless Jewelry signed 50% of its target for new orders, opening with 47 retail partners with an order book of $920,000.
Also on that day, the new jewellery superbrand led by charismatic Danish entrepreneur Jesper Nielsen, reached a milestone by signing up its 2,000th retail partner worldwide and celebrated by giving its new retail partner a start up order of $10,000 for free.
At the close of the JCK show, Endless opened orders with some 230 new retail partners in the U.S. alone. This brings the total number of retail partners for the new brand in the U.S. to 570 with a total of $10.2 million worth of orders in just 15 weeks since Endless launched in North America and opened its U.S. headquarters in Fort Lauderdale.

Jesper Nielsen said: “With Endless Jewelry we are building a superbrand and we aim be the biggest jewellery brand in the world. Our aim is always to think big but to retain a strong sense of family values and a fun way of doing business with all our retail partners, right across the world.”
In the UK, Endless Jewelry has signed up 300 retail partners over the past six months since its launch.
The brand will be exhibiting at the CMJ trade event in August and at the IJL show in September and will soon be announcing the signing of its first celebrity Face and launching a new international advertising campaign.
The Endless Jewelry concept aspires to appeal to all women.
It is affordable luxury and made to the highest quality standards.
Prices for charms start at £20, while the leather bracelets are priced from £45. 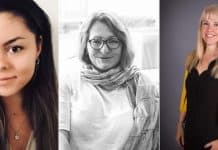