July 23, 2017 – Silver and gemstone jewellery specialist Henryka has announced ambitious plans to attract new independent retailer stockists, which it hopes will be aided by its recently acquired approved supplier status with the Company of Master Jewellers (CMJ).

The brand has set a target of opening 100 new accounts with independent retailers in the next 12 months, which it hopes to attract via increased investment in marketing and a streamlined, more commercial product range.

Anna Emmett, director of Henryka, said of the decision to join CMJ: “We have previously exhibited at CMJ Trade Events in the NAJ Designer Area and always had great feedback from members. Joining CMJ as a fully approved supplier and exhibiting at the Autumn Trade Event on our own stand will give us unrivalled access to some of the leading independent retail jewellers in the UK and Ireland, so we see it as an important part of fulfilling our strategy for growth.

“We also plan to unveil a full rebrand at the show, which we will then take to IJL in September, so watch this space to see just how we are reinventing Henryka for today’s consumer.”

The brand was founded by designer Anna Emmett in 2006 and is based in Hereford, where it has also had an own-brand shop since 2010. Collections are inspired by nature, using handpicked gemstones selected by Anna and her jewellery design team to create elegant silver jewellery that is instantly recognisable in Henryka’s unique, Bohemian style. 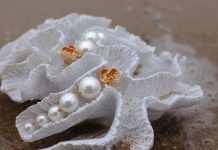