LONDON, August 29, 2009 – The Joyalukkas retail jewellery group will enter the Indian stock market by January to raise up to 6 billion rupees ($130 million) and plans to use the funds to almost double the number of outlets in the country to 41, its owner and chairman Joy Alukkas said.

The group, which is present in India, the Middle East and the UK, plans to open its second jewellery store in London within the next six months and to start two stores in Saudi Arabia by 2011, Alukkas told Jewellery Outlook at a function to celebrate the fourth anniversary of Joyalukkas’s store in Green Street, east London.

Joy Alukkas, owner and Chairman, Joyalukkas Group
The group is planning to open 20 more stores in major cities of India, the world’s largest gold market, in the next two years and plans to list the group’s Indian company on the Bombay Stock Exchange (BSE).

“Our target is to raise 500 to 600 crore rupees from the listing and the amount will be used to expand in India only,” Alukkas said, adding that the group remained focused on the jewellery retail business and had no plans to embark upon wholesale or manufacturing activities.

“We focus only on gold and diamond jewellery,” Alukkas said, adding diamond jewellery accounted for 20 to 22 percent of the group’s total sales.
He said the second London store would be opened in Southall and would have an area of about 2,500 square feet.

“London is a good market, especially for 22-carat gold and diamond jewellery,” Alukkas said. “We are mainly catering to the people from the Indian subcontinent.”
Green Street is home to a thriving community of South Asian retail jewellers.

David Lamb, managing director, jewellery at the World Gold Council, said at the function that the event showed how excited the Indian diaspora is about gold.

“Indians remain the engine of the consumer markets. What gets more exciting than celebrating four successful years in the middle of some beautiful merchandise. You can see that the standard of design, the standard of manufacturing and the standard of cultural significance create obvious linkages and synergies around ideas.” 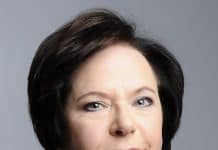 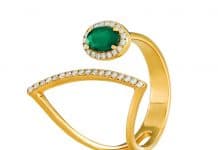