• It is the largest highest clarity, highest colour diamond ever graded by the GIA

• From discovery to completion, the process of analysing, cutting and polishing the Graff Lesedi La Rona took over 18 months

Graff, which has cut and polished the majority of the 20 largest diamonds discovered this century, reveals the principal diamond cut and polished from the 1,109 carat Lesedi La Rona rough diamond. Weighing 302.37 carats, the polished diamond, which has been named the Graff Lesedi La Rona, is the largest square emerald cut diamond in the world, and the largest highest clarity and highest colour diamond ever graded by the Gemological Institute of America (GIA), making it one of the greatest diamond achievements in history.

Says Laurence Graff: “My love affair with diamonds is life-long and crafting the Graff Lesedi La Rona has been an honour. This diamond, our diamond, is beyond words.” 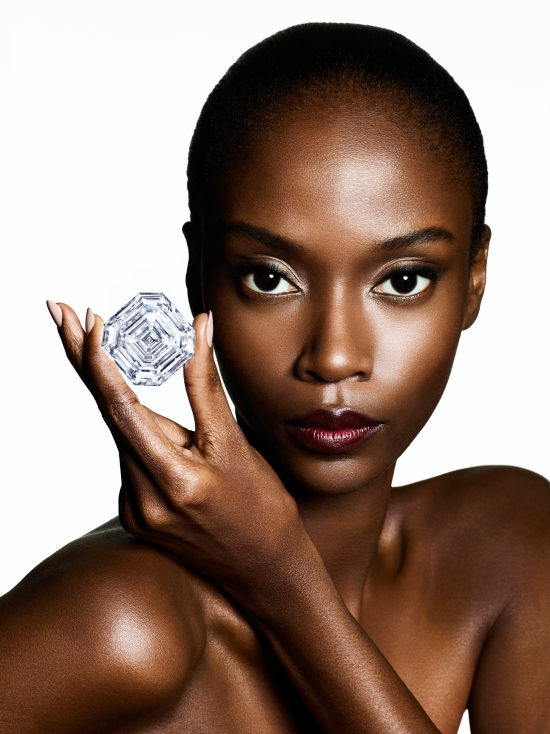 Found at the Lucara Karowe mine in Botswana, the 1,109 carat rough diamond was the largest gem quality rough diamond discovered in over 100 years and the second largest ever found.

“There is a huge amount of good fortune involved in unearthing a rough diamond of this extraordinary beauty and importance. Year after year can go by… month after month can pass… with nothing… then you get lucky,” says Laurence Graff of the discovery.

The record-breaking stone was given the name Lesedi La Rona, which means “Our Light” in Tswana, the official language of Botswana.

Laurence Graff was confident that buying the 1,109 carat Lesedi La Rona rough diamond would result in sensational polished gems, as he had already purchased a 373 carat rough diamond in May 2016 which was believed to have come from the same rough stone. Already familiar with the properties of this 373 carat diamond, he could predict how the Lesedi La Rona might behave similarly for his polishers.

Even with the experience gained from polishing the 373 carat diamond, the Lesedi La Rona presented a unique challenge to Graff’s expert gemmologists. They had never analysed a stone of such a prodigious size, which was too large for the existing equipment. A scanner had to be custom built specifically for the Lesedi La Rona with brand new imaging software capable of probing its vast expanses.

Using the highly sophisticated new technology, Graff’s gemmologists explored deep within the diamond, mapping the maze of imperfections and using this information to plot which cuts would yield the largest and highest clarity diamonds possible.

At first, the technical analysis of the Lesedi La Rona concluded that a 300 carat diamond
simply wasn’t possible. However, with the extraordinary expertise surrounding the transformation of this historic rough stone, Laurence Graff was convinced that this exceptionally rare weight could be achieved, and from that moment onwards, the challenge was set.

After many months of analysis, a plan was put in place for the cutting and polishing of the
Lesedi La Rona that was so precise there was absolutely no room for error.

A rough diamond is a natural substance; a complex crystal with subtle nuances that only reveal themselves once the process begins. It was impossible to predict how long each stage – the initial cutting with precise lasers, followed by the shaping and faceting by Graff’s highly skilled diamond artisans – would take. Progress depended on the will of the diamond. It took hundreds of hours to polish the table facet – the largest facet at the top of the diamond – alone.

By the time the final finessing of the diamond’s facets had taken place, more than 18 months had elapsed and the diamond had passed through the hands of a highly skilled team of gemmologists and master craftsmen sharing decades of experience.

Upon sending this masterpiece of technical audacity and diamond artistry to the GIA for certification, it was confirmed that Laurence Graff’s challenge had not only been met, but exceeded. The Graff Lesedi La Rona, as the principal polished diamond would be known from now on, weighed an awe-inspiring 302.37 carats and was a top D colour. It was not only the largest square emerald cut diamond in the world but also the largest highest clarity diamond ever graded by the GIA.

This beautifully proportioned square emerald cut will be known as the Graff Cut, exclusively crafted by the House’s master craftsmen.

Alongside the Graff Lesedi La Rona, a total of 66 “satellite” diamonds were also polished
from the world-famous rough diamond, ranging in size from under a carat
to in excess of 26 carats. Each diamond is inscribed with Graff, Lesedi La Rona and its unique GIA number, and accompanied with a certificate of authenticity from Graff and the GIA.

”Cutting a diamond of this size is an art form, the ultimate art of sculpture,” says Laurence
Graff. “It is the riskiest form of art because you can never add and you can never cover up a
mistake, you can only take away. You have to be careful and you have to be perfect.”

“We had an immense duty to cut the very, very best diamond imaginable from this rough. All our expertise, skill and accomplishment went into crafting this incredible diamond masterpiece, which is extraordinary in every way. The Graff Lesedi La Rona is an exceptional diamond with an exceptional cut and exceptional proportions, earning its place in history as the largest and finest of its kind in the world.”

The GIA identified the Lesedi La Rona as part of an elite group of “super deep” diamonds
formed three times deeper than most other diamonds. Rare emissaries of geological
information, Graff has donated fragments of the Lesedi La Rona to the Smithsonian Institute to help advance diamond research. 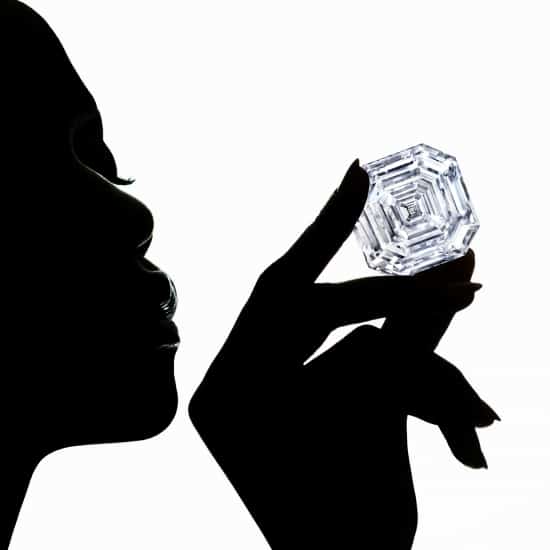