February 5, 2011 – The World Diamond Council (WDC) said in a statement that it was advising members of the diamond industry that diamonds from the approved concessions in Marange in Zimbabwe do not carry the approval of the Kimberley Process until a conclusion is reached regarding exports of productionMember governments of the Kimberley Process gave their agreement on January 17 to a document that would allow for the resumption of exports from approved concessions in the Marange region.

“As outlined in the document, this approval is subject to agreement on continued oversight and monitoring,” the WDC said in the statement. “Before exports can resume, however, the authorities in Zimbabwe need to complete a series on consultations with Mr. Mathieu Yamba, the Chair of the Kimberley Process, representing the Democratic Republic of Congo.

“We believe these consultations are sensitive and ongoing. Mr. Yamba has called for understanding and patience as efforts are made, in good faith, on all sides to reach a conclusion. We, therefore, advocate caution and the adoption of due diligence when trading rough diamonds on the international market.”
The WDC said it would advise members as soon as consultations have been concluded and a clear directive has been received from the KP Chair. 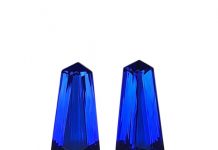