The strong results seen for extremely rare and opulent blue diamonds in magnificent jewellery auctions in recent years, may have influenced the growing tastes for deep blue gems, LeVian said during a trip to London in July.

“In terms of colour, blue gems have been extremely popular,” LeVian told Jewellery Outlook in an interview.

“Some argue that it’s a favourite colour. Some say it’s due to the auctions.”

Le Vian’s responsibly sourced jewellery is stocked by Signet, as well as other multiples and independent retailers in the United States, and Ernest Jones, a unit of Signet, in the UK.

Le Vian also has a loyal following among connoisseur collectors who seek its gem-set jewellery masterpieces.

The brand is perhaps best known for its Chocolate Diamonds™, mostly sourced, as well as pink and red diamonds, from Rio Tinto’s Argyle mine in Australia, which has a limited life span. 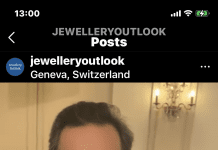 The Charm and Beauty of Pearls 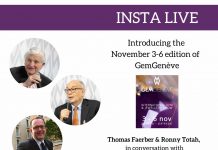