Gold prices fell in the week ending June 17, 2022, caught between a flurry of interest rate rises and inflation.

Gold was down 1 percent to $1,837.59 per ounce on June 17, after the U.S. Federal Reserve (Fed) hiked interest rates by 0.75 percent to rein in rising prices, as expected. The Swiss and UK central banks also raised their key rates to try to control inflation.

The yellow metal’s fall was pressured by a firmer U.S. dollar. Gold prices are denominated in dollars.

The dollar and gold have both been seen as safe haven plays by investors due to fears that the Fed will need to press on with a tight monetary policy in order to tame inflation, running at an annualised 8.6 percent in the United States, the world’s biggest economy.

Gold is caught between concerns that rising rates will dampen its appeal to investors, as bullion bears no yield, and its attraction as a safe haven destination to protect against rising prices.

The U.S. rate increase of 75 basis points (bps) had been widely priced in to the market.

Some investors had rightly predicted that gold prices would fall if the Fed raised rates by 75 bps, as alternative assets will have even higher yields.

The Swiss National Bank also raised rates. And the Bank of England hiked rates by 25 basis points. (Some analysts had thought UK rates might rise as much as 50 bps.)

(Disclaimer: any opinions expressed in this article are solely those of the author, and should not be considered as investment advice.) 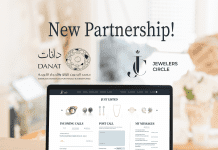