CARLSBAD, California, May 16, 2010 – Special agents and detectives from international law enforcement agencies gathered at the Gemological Institute of America’s (GIA) Carlsbad campus recently for a two-week crash course in gemology that was specifically requested by the Federal Bureau of Investigation (FBI).

Law officers from Brazil, Colombia, Belgium, India, Thailand, the UK and the UAE joined detectives from the New York and Los Angeles police departments and FBI special agents from New York, Los Angeles, Miami and Washington, D.C. to get a first-hand look at how gemological information can help them solve crimes.

The group was exposed to a broad range of gemstone topics, including how to use gemological tools (loupes, tweezers, microscopes); the Four Cs of diamonds and what to look for in clarity, cut and colour; synthetics, imitations and colour treatments; the diamond industry and the Kimberley Process; field identification of coloured stones; and how to read GIA grading reports.

Learning about the science and tools of gemstones is a priceless opportunity, according to Patrick Peys, of the Belgian Federal Police, an experienced gem detective and lead investigator of the 2003 Antwerp Diamond Centre heist of nearly half a billion dollars in diamonds, cash and other valuables.

“There is a big difference between being an operational police officer and having knowledge about the product you’re investigating,” Peys said. “That kind of basic information might give you an advantage you otherwise would not have.”
Working with law enforcement officials is a very important aspect of GIA’s mission to protect the public trust, said Donna Baker, president and CEO of GIA. “It is imperative that we continue to work with these detectives and special agents on the front lines of fast-moving gem crimes.”
“The thieves communicate and coordinate across international boundaries – we need to do the same if we want to stop them. Giving law enforcement officials access to our resources and gemological information will help them close the net on those who steal from and take advantage of the public. This is a mission we are proud to share with law officers around the world.”

Law enforcement agencies and GIA have a long history of working together to solve gem-related crimes, said Tom Moses, senior vice president of GIA Laboratory and Research. “Our grading reports and inscriptions are the most effective ways to protect gemstones and information on thousands of them are stored in GIA’s database for future reference,” he said.

The database, started in the 1980s, has proved to be extremely useful for investigators, according to Daniel McCaffrey of the FBI’s New York field office. “It’s so significant to have this relationship with GIA and to have a starting point,” he said. “Literally hundreds and hundreds of stones have been recovered because of it.”

Ivy Cutler, records coordinator for the GIA Laboratory in New York notifies law enforcement officials when GIA identifies stolen gemstones and acts as a liaison during investigations. She was recently honored by the Jewelers Security Alliance for her efforts to recover stolen gems and educate law enforcement agencies about gemology.
“Gems are one of the most concentrated forms of wealth, and diamonds travel very quickly,” Cutler said. “It’s amazing how frequently the stolen diamonds flow back to GIA. The crime community is small, the crooks are very smart and a lot of the trade is unaware of what they are handling.”

The investigators added that meeting their counterparts from other countries was one of the best outcomes of the two-week seminar.
“I’m very involved in diamond investigations and as far as I know, GIA is the only organization that is really doing something to bring law enforcement officers together to educate them and get that network working,” Peys said. “For me, that’s very visionary.” 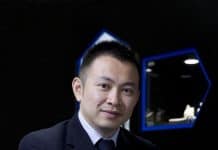 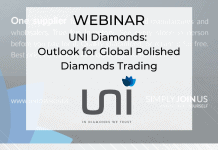