The centre provides a library and training facilities for children, youth and adults in a number of programmes, including pre-employment skills, Graff said in a statement.

The launch of the centre, scheduled to take place in an official ceremony with His Majesty King Letsie III on March 6, follows the establishment by Laurence Graff of a charity, The F.A.C.E.T. (For Africa’s Children Every Time) Foundation.

The foundation, working with charities on the ground, functions as a “fund of funds” to raise money for the education, health and wellbeing of the children of Africa from where Graff Diamonds sources many of its stones.

“We would like to give something back to the country which gives us our remarkable diamonds,” said Laurence Graff.
The kingdom of Lesotho, landlocked inside South Africa, has the world’s third highest incidence of HIV/AIDS. One of the poorest countries in the world, 63 percent of its population is under 24 years of age. In parts of Lesotho the percentage of children who are orphaned can reach 40 percent. These orphans are plagued with loss, poverty and a lack of social support.

“I hope that through the first Graff Leadership Centre we shall give the kingdom’s children opportunities to learn and acquire skills which they would use to improve their situation,” Laurence Graff said. 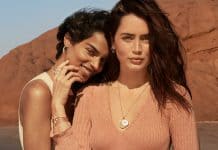 Third 100+ carat diamond recovered from Lulo mine in Angola, Lucapa...