Krisztina’s winning piece underscores the high standards of design and quality jewellery seen at IJL, where the latest collections of design-led jewellery are showcased each year.
The annual awards are organised by The Goldsmiths’ Craft & Design Council with the aim to recognise the best craftsmanship in the jewellery industry.

Syreeta Tranfield is a member of the Council, alongside other respected designers and industry figures such as Shaun Leane, Jos Skeats and Stephen Webster.

Syreeta Tranfield said, “There is so much creativity and innovation in British jewellery design at the moment, and I could really see this reflected in the inspiring award entries this year.

“Nurturing and recognising new and outstanding talent is a driving force for the industry, and the Goldsmiths’ Craftsmanship & Design Awards are designed to do this.
“We’re looking forward to showcasing the winning awards at IJL this September. This complements IJL’s established Bright Young Gems and the Editor’s Choice features, together with Kickstart – all of which are IJL show initiatives designed to celebrate the best in jewellery design.”
International Jewellery London
5th- 8th September 2010
Earls Court 2, London 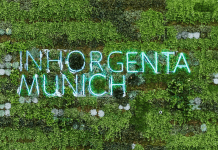 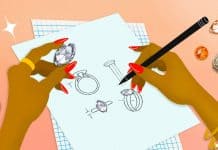