LONDON, May 15, 2011 – Fast-growing London brand PureJewels plans to launch its couture Platinum Heritage Collection, crafted by highly skilled designer-makers, at an exclusive VIP reception with a Bollywood flavour at the Hilton Park Lane on June 10 during London Jewellery Week.

PureJewels, based in the Green Street jewellery quarter in east London, has had a big impact in the UK industry since last year by supporting talented British artist-jewellers who have created exceptional pieces for the Platinum Heritage Collection reflecting the story of the brand, which traces its roots to India and East Africa.

PureJewels, which sells much of its jewellery to the British-Asian community, is now developing the Platinum Heritage Collection for a second year, underlining its support for British designers.

“This year is going to be a very grand affair. We’re unveiling distinctive jewellery pieces crafted in platinum, diamonds and coloured gemstones at the Hilton Park Lane,” said PureJewels’ Brand Manager Jayant Raniga, a director of London Jewellery Week, which runs from June 6-12.
“There’s a real Bollywood angle to the event. It will be incredibly glamorous.
“Bollywood television will be covering it. There will be a well-known personality doing interviews.”

The glitzy champagne reception will gather leaders from the world of jewellery and business, well-known socialites, guests of London Jewellery Week sponsors Jaguar and Bahamas Tourism, British Asian media including Asiana fashion magazine, as well as models wearing the Platinum Heritage pieces and the designers.
Live acts from up-and-coming British-Asian and British music groups will perform at the event.

“We are really committed to the idea of Platinum Heritage. We feel it is fast set to become an important annual event, giving a great opportunity to designers and artisans,” Raniga said.
“It’s really about creating strong and flourishing collaborations with the most talented British designers.
“Platinum Heritage is all about the PureJewels brand, and the more collaborations that we do, strengthens our brand value.”

Milena Kovanovic is the latest designer selected by PureJewels to create a couture piece in platinum for the Collection, following Sarah Ho, Cara Tonkin and Anthony Roussel..
“The British designers selected for the Platinum Heritage Collection have a highly credible launch platform to become instantly known within the British jewellery industry,” Raniga said.
“We want Platinum Heritage to be a real talent hunt for the British designer.
“We want ultimately to be a global distributor of British-designed product that is powered and supported by our operational strength.” 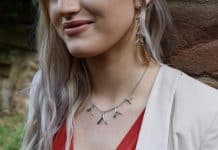 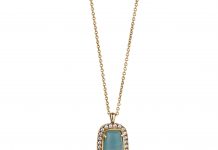 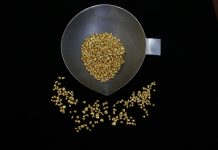 COMMENTARY – Gold prices risk further falls depending on US dollar,...

215-carat diamond recovered at Mothae mine in Lesotho

Houlden announces planned meeting dates for members and suppliers in 2021

Lucapa announces recovery of 100+ carat diamond at Angolan mine

INTERVIEW – Rise of digital trading will encourage collectors to offer...

ABOUT US
Jewellery Outlook is a global online trade magazine aimed at retailers, manufacturers and designers. We report on leading trade fairs and jewellery auctions around the world. We also showcase the work of up-and-coming jewellery designers, as well as the latest collections of brands.
Contact us: [email protected]
FOLLOW US
© Jewellery Outlook