The award-winning young UK artist is the third jewellery designer selected by PureJewels to create a special piece for the Platinum Heritage Collection 2011, following Sarah Ho and Cara Tonkin. They are among just six designers selected from numerous applicants.

His fascination with the repetitive linear patterns found within geological rock formations is echoed in this technique, and essentially he builds flat elements into fluid structures.
Although formally trained in traditional metalwork, he discovered his real love for materials in wood after being introduced to working with various species by a violin maker.

Roussel predominantly works with wood that is laser cut, and so the opportunity to create an exquisite jewel in platinum is an exciting challenge for him.
“I am known for working with natural materials, so it is a bold statement to invite me to create a platinum piece of jewellery,” Anthony Roussel says.
“This opportunity gives emerging designers a fighting chance to show the industry what we really can do.”

PureJewels is rapidly becoming known for supporting the talents of young designers.
It is planning the second edition of the Platinum Heritage Collection this year, inspired by the story of the brand which traces its roots to India and Africa.

PureJewels will announce the names of the other designers who will craft the 2011 Platinum Heritage Collection in the next few weeks, and will launch the pieces at a special event to be held during London Jewellery Week, which will take place from 6-12 June 2011, to showcase the leading talents of the British jewellery industry.

Each beautifully crafted piece in platinum reflects the cultural journey that the family-run business which became PureJewels had taken from India to England via Kenya.
Roussel, who first came to prominence as a winner of the 2009 Bright Young Gems award at International Jewellery London (IJL), has degrees in both Jewellery Design and Fine Art and opened his studio in the summer of 2007.
He won recognition for his pursuit of pioneering advancements in contemporary craft and for his use of the latest technologies when he won the Innovation prize at the inhorgenta design podium awards 2009 in Munich.

Roussel works with 3D software, CNC Routing and milling machines, laser cutting/etching, water jet cutting and rapid prototyping.
He is fascinated with the infinite possibilities that these new technologies bring to jewellery making, and how a designer’s physical input is still as important today as it ever was.
Roussel quickly became known for his skilled marriage of new technologies with traditional materials and cutting-edge design. Through his use of 3D modelling software and digital production, he embraces avant-garde processes whilst still preserving hand craft and skilled workmanship.

Jayant Raniga, Brand Manager with PureJewels, said he was delighted that Anthony has joined the talented roster of designers developing the Platinum Heritage Collection.
“Anthony impressed us on so many levels,” he said. “We were overwhelmed by his sensitivity to materials and traditional techniques, combined with his cutting-edge aesthetic and use of new technologies.”
Jayant added, “Platinum Heritage will enable Anthony to work in new materials and we can’t wait to see his approach to designing in platinum.”
Roussel said he was impressed by Jayant’s enthusiasm and strong vision for the PureJewels brand, adding, “He has a good understanding of my own personal journey.” 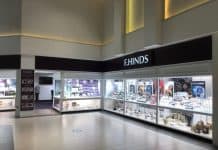 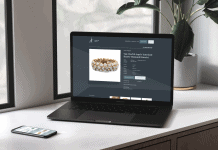