GENEVA, April 20, 2011 – Sotheby’s Geneva said that it will present an important pink diamond, weighing 10.99 carats in its sale of Magnificent & Noble Jewels on 17 May 2011, six months after the record breaking sale of the ‘Graff Pink’ – the most expensive diamond and jewel ever sold at auction.

David Bennett, Chairman of Sotheby’s Jewellery Department for Europe and the Middle East, said, “I do not remember the market for coloured diamonds to have ever been as strong as it is today.

“This was underlined by the unprecedented results of our last November sale and undoubtedly influenced the owner’s decision to sell this beautiful pink diamond which has not appeared on the market for over 30 years.”

This superb stone, mounted as a ring, has been graded “fancy intense pink”, natural colour and VS1 clarity by the Gemological Institute of America.
It has been further assessed to be part of a very rare subgroup of diamonds known as type IIa and comprising less than 2 percent of all of the world’s gem diamonds.
Stones in this group are chemically the purest of all diamond crystals and often have extraordinary optical transparency.

The beauty and rarity of this outstanding diamond also lies in its cut and shape. It features a classic emerald cut, a style of cutting normally associated with white diamonds and immensely sought-after when found in the rare colours such as pink and blue.
Estimated at CHF 8.3-14.8 million ($9-16 million), this stone is being offered for sale from a private collection and has not appeared on the market for more than 30 years.

Pink diamonds have been prized for their rarity and spectacular beauty ever since they were first discovered in the mines of India centuries ago.
Famous examples include some of the greatest diamonds in history, such as the legendary ‘Darya-i-Nur’ – the principal gem in the Crown of Iran; the ‘Agra’ – an historic Indian diamond; the ‘Hortensia’ named after Hortense de Beauharnais, Napoleon’s stepdaughter and now in the Louvre collection; and the celebrated ‘Williamson’ offered to Queen Elisabeth as a wedding present. 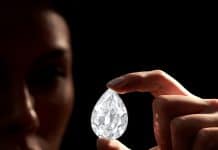 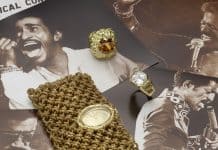 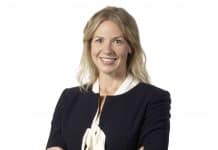