LONDON, April 2010 – The Elephant Parade 2010 is set to be the biggest public art exhibition to ever come to London with artists, celebrities and designers decorating 260, 1.4-metre-high fibreglass elephants to raise funds for the critically endangered Asian elephant.

Sarah Ho, creative director of SHO Fine Jewellery, has joined forces with Swarovski to produce what is expected to be one of the most glamorous and eye catching elephants of the parade for UK conservation charity, the World Land Trust.

Naming their creation the ‘Pearly Prince’ the SHO elephant features a different design on each side. One half is covered in Swarovski crystal pearls with the other side showing a pearl and crystal encrusted skeleton, symbolizing what may happen to the Asian elephants if action is not taken to protect them.

It is hoped the design will educate the public as well as bring in a fun element with the multicoloured Swarovski crystal and pearls.
The ‘Pearly Prince’ features an amazing 11,000 Swarovski pearls and 13,000 crystals,
took 480 hours to create, and is one of only two elephants in the parade to have tusks which are made with Swarovski crystal.
This beautiful elephant will reside in Coutts’ window in Charing Cross in central London in May and June. 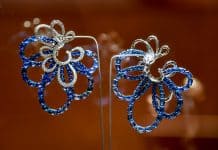 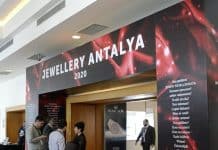