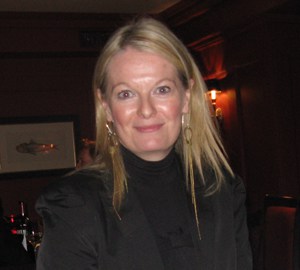 Julie Driscoll, Event Director of The Jewellery Show, at a press lunch in London on December 3, 2010
LONDON, December 4, 2010 – The Jewellery Show, which will take place in Birmingham from February 6-10, 2011, will celebrate UK design talent, said Event Director Julie Driscoll.
“We will be working with designers to make sure we champion British talent,” Driscoll told a press lunch in central London on December 3.
Katie Rowland, Babette Wasserman, new design quarter exhibitors Ana De Costa, James Newman, Alexander Davis and SHO Fine Jewellery, and other leading UK designers will show off their latest creations at the catwalk shows, which will return for a second year in 2011 at The Jewellery Show, an Emap event to be staged at the NEC in Birmingham.