Over 20,000 buyers visited The Jewellery Show

Along with specialist independent retailers, The Jewellery Show 2010 saw the return after a 20-year absence of major jewellery buying group the Houlden Group, while The Company of Master Jewellers sponsored a VIP reception area in conjunction with retail services provider, Bransom.

Another sponsorship partner of The Jewellery Show was Chamilia, which sponsored the show bags and entrances to Halls 17 and 18
The Jewellery Show was comprehensively re-edited for its 2010 re-launch, following consultation with customers on both the retail and supply side. This resulted in a positive exhibition trading experience for companies that included Clogau Gold, Gecko and HS Marsh.

The MD of Gecko, Barry Bennett, said on the first day of the show: “We’ve written the most orders we’ve ever taken.”
The managing director of Hockley Mint, Gary Wroe, also enjoyed the exhibition, saying: “I think you’ve made a massive difference to The Jewellery Show this year. It feels far more special and upmarket – a lot more exclusive  – and the entrances look great.
“We’ve been absolutely manic, we’re very pleased with it all. It’s Tuesday now and still packed, which is a mark of that success. It’s full of genuine buyers.”
Halls 17 & 18 were dedicated to Jewellery, with Fashion Accessories located within their own distinct area in Hall 19. This allowed retailers to source more effectively and encouraged crossover buying from other halls.
One of the most hotly anticipated new features of the 2010 show was the Pandora Catwalk Café.

Georgie Cahill, joint manager of George Banks Jewellers in Preston, said: “I think the Pandora Catwalk brings pizzazz to The Jewellery Show and will encourage people to visit the stands of those companies who are showing their jewellery on the models.”
Three catwalk shows a day ran alongside a trend seminars’ programme featuring industry experts, who gave invaluable future trend tips and practical advice on all elements of running a successful jewellery and fashion accessories business.

There was also a Happy Hour each day at the Jewellery Café – within the Pandora Jewellery Catwalk and seminar area – which was the venue for the presentation of the first Palladium Jewellery Awards, held by The Jewellery Show in conjunction with the British Jewellers’ Association (BJA).

The first prize for Statement Design went to Atelier Gilmar, from Monmouth, with London’s Angelett Gallery claiming the second prize. The Commercial Range winner was Global Edge, from Leeds, with the second prize going to Charles Green & Son from Birmingham.
Other sponsorship partners of The Jewellery Show were Chamilia, which sponsored the show bags and entrances to Halls 17 and 18, while the Bransom & CMJ buying group co-sponsored the jewellery buyers’ new VIP Lounge.

Kit Heath launched its Jewellery Box Spring Clean at Spring Fair, which saw people donating their unwanted silver jewellery to Save the Children. This is being sold to scrap and the money raised donated to the charity. The company also created a bespoke piece from recycled material, which will be worn on the catwalk at the show.
Over 30 designer-makers had their own area in the revitalised Design Quarter in Hall 18.  These exhibitors were surrounded by a ‘village’ of design-led jewellers from both the UK and overseas, who exhibited inspirational collections across precious metals, gemstones, silver and mixed materials.

The Councillorship for Production Activities and Tourism used the show to continue to develop the national and international role of ‘Made in Italy’ jewellery.
Security was heightened across The Jewellery Show entrances and all show crossover points, where there was a dedicated police presence, both plain clothes and uniform.
A specific VIP buyer programme for The Jewellery Show 2010 included a VIP area where buyers could relax, enjoy refreshments, access the internet or just drop off their bags. 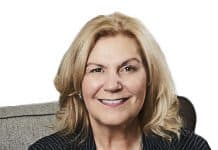