Corrado Facco
March 26, 2011 – Vicenza Fair has joined the board of the World Jewellery Confederation (CIBJO) and will host CIBJO’s Congress in 2012, the fair said in a statement.

“We believe the consolidation of our collaboration with CIBJO is very important,“ said Corrado Facco, Vicenza Fair’s General Director, who will represent Vicenza Fair in the Confederation.

“Vicenza Fair and CIBJO find common ground in values aimed at mapping out a new future for this sector on a worldwide level.”

At the annual Congress of CIBJO on March 16 in Porto, Portugal, a resolution was approved to welcome Vicenza Fair as a member of the newly elected CIBJO Board of Directors.

Roberto Ditri, Chairman of Vicenza Fair, extended an invitation to host CIBJO’s 2012 Congress.
The 2011 Congress in Porto was attended by more than 80 representatives from national jewellery groups around the world. 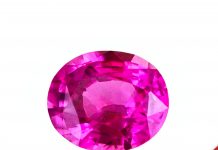