Rare blue diamond to be auctioned by Sotheby’s

The diamond was cut from the 26.58 carat rough stone discovered in 2008 at Petra Diamonds’ historic Cullinan diamond mine in South Africa. The pre-sale estimate is US$5.8-8.5 million and the buyer will have the honour of naming the diamond.

At a weight of 7.03 carats, the diamond ranks among the most important blue diamonds ever to be offered for sale by Sotheby’s.

The Gemological Institute of America (GIA) has graded the stone as fancy vivid blue in colour and internally flawless in clarity, the highest possible grading for a blue diamond.

Blue diamonds, which are among the rarest of all gems, owe their colour to the presence of the chemical element boron during the stone’s formation. The Cullinan mine is the world’s most consistently reliable source of blue diamonds and this stone is a perfect example of Cullinan diamonds at their best.

A marketing programme to exhibit the diamond in Hong Kong, Paris, New York and London has been arranged by Sotheby’s ahead of the sale to be held at the Beau-Rivage Hotel in Geneva on Tuesday, 12 May 2009.

Commenting on the fancy vivid blue diamond, Johan Dippenaar, CEO of Petra Diamonds, said:  “This fancy vivid blue, flawless diamond is a very rare and unique gem”
Its quality is enhanced by its Cullinan origins, a mine that has produced some of the world’s most famous diamonds. Given its distinguished heritage, it is fitting that Sotheby’s should further establish its legacy by marketing the gem as the cornerstone of its exclusive ‘Magnificent Jewels’ collection in Geneva.”

Johan Dippenaar with uncut rough blue diamond weighing 26.58 carats
David Bennett, Chairman, Europe & the Middle East, Sotheby’s International Jewellery Department, said:  “Blue diamonds are among the rarest of all nature’s treasures and it is very exciting to have such a fine example as the centrepiece of our forthcoming Geneva Magnificent Jewels sale.  This stone certainly ranks among the most important blue diamonds that I have had the privilege of offering for sale in my career at Sotheby’s and what makes it particularly special for us, is that we’ve been able to follow its production from the initial rough state through the various stages of its cutting and polishing.”

Petra Diamonds is a rapidly growing diamond mining group, focused on the African continent. A number of recent acquisitions have established Petra Diamonds as one of the world’s largest independent diamond groups by resources, with a total resource base of 265 million carats, worth US$27.3 billion (as at September 2008 Resource Statement).
www.petradiamonds.com 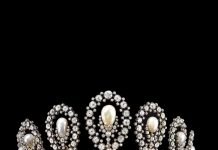 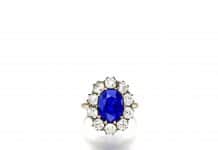