From humble beginnings in east Africa, PureJewels is emerging as an important brand in the fast-growing east London jewellery quarter on Green Street, appealing to British Asian and Western tastes.
When Bhanji Gokaldas started off creating bespoke jewellery designs in Kenya in 1950, he could not possibly have imagined the journey leading to a purchase of a block of shops in east London to serve a rapidly mushrooming British Asian community.
Still a family-run company, when Bhanji Gokaldas and Sons transformed into the newly branded PureJewels in June 2008, PureJewels had reinvented itself as a retailer with a highly visible presence on Green Street, as well as a growing force in mail order online retailing.

Dew Drops Earrings: Frame your face with
diamonds – the ultimate in luxury from PureJewels

PureJewels targets mainly the 24-35 year-old engagement and wedding ring market – young, affluent people wanting to buy a beautiful piece of jewellery — and now sells half of its jewellery to British Asians and the remainder to other Britons, says brand manager Jayant Raniga. “We’ve become a destination brand for engagement ring shopping,. Positioning PureJewels as a high-end brand, the engagement and wedding ring market gives us the opportunity to establish a new relationship with a client,” Raniga says.
Jayant’s grandfather Bhanji, his father and his two uncles left Kenya for England in 1974 and have since built up a dynamic presence on Green Street, which is now branding itself as the centre for South Asian jewellery style in London.

PureJewels provides high-quality gold, platinum and diamond jewellery for gifts and weddings in its newly refurbished premises.
Just a few doors away stands another family-owned retail jeweller Bees, which sells South Asian costume jewellery at a helter-skelter pace, and Silver Statements, a new boutique specialising in silver jewels which also promotes the work of talented young jewellery designers from the nearby Newham College.
PureJewels offers collections to suit a variety of tastes:
STARLET – Designed for the young professional living now, embarking on her first career break.
Polki Bracelet: 22ct gold bracelet with intricate enamel, take a trip east with us at PureJewels

CAPTIVATE – Captivate is designed for the woman who is looking forward to the commitment phase of life. This collection is strongly linked with diamonds and consists of lasting, timeless jewellery.
TRADITIONS: FOR THE MODERN BRIDE – Traditions is for the modern bride who wants to follow the established practice of wearing the auspicious mangalsutra, a gold pendant hung from a string of black beads.
PureJewels’ future collections are expected to feature more coloured gemstones, such as emeralds, rubies and topaz. Victorian style jewellery has also become more visible in PureJewels’ collections. “We see the Victorian look as more of a fashion statement,” Raniga says.
“We have Victorian style jewellery in long chains.

Mughal Jali: Re-visit the grand palaces of the Mughal era with these intricate jali in gold exclusively at PureJewels

The best-selling ring across the entire PureJewels collection is the round, full-bodied Victorian style Cushion ring in the Captivate collection, comprising white gold with diamonds weighing a total of 1.2 carats, available for 2,600 pounds.
Typical of much of PureJewels’ product, it appeals to both British Asian and Western tastes. Half of the sales of the Cushion ring are to British Asians and the remainder are to other British customers, underscoring the diversity of PureJewels’ business today, Raniga says.
PureJewels, which also accepts commissions for bespoke jewellery, has won a number of awards for its marketing ingenuity and was a finalist in the Thames Gateway Business of the Year Awards, sponsored by National Westminster Bank, in 2007.

LOOKING TO THE FUTURE

PureJewels actively supports young jewellery design talent, and was a platinum sponsor of the first Coutts London Jewellery Week in June 2008, a showcase for emerging British designers.
Cushion Ring: For those who precisely know which ring they want, so add this glamorous ring to your collection from PureJewels
Silver Statements, which opened in May 2008, has a display case showing the latest works of jewellery design students from Newham College.

“Silver is the metal of choice of a lot of new designers,” Raniga says. PureJewels plans to market half a dozen exquisite pieces by up-and-coming UK jewellery designer Rachel Galley.

PureJewels is at the centre of a campaign to build up the Green Street brand in the run-up to the 2012 London Olympics, a prime opportunity to capture foreign tourists visiting east London for the Games.

Raniga says he hopes that Green Street will become a brand as well known for South Asian style, as Hatton Garden is known for diamond jewels and Bond Street for the most magnificent fine jewellery.

Play: Cause that glance to linger longer with these seductive pieces. Delicate shapes in cool white gold, dew dropped with diamonds from PureJewels
Visitors from the USA and Far East already make a point of shopping on Green Street for new or custom jewels, and the area has long been a top shopping destination for Asian brides. Green Street already takes 1 percent of the UK’s annual fine jewellery spend, according to the Green Street Jewellers’ Association (GSJA), headed by PureJewels partner Harish Raniga.
If South Asian style is what you want, then PureJewels has something special for you.

Coloured Gemstone Feature: Journey of a Congolese tourmaline from mine to cutter to listing on Gembridge 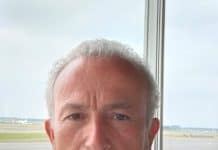