The immaculate charm and poignant beauty of pearls make them a symbol of purity and love in many cultures. They are often given as gifts on special occasions such as birthdays, anniversaries and Valentine’s Day. Yet, these beautiful gems are more than just good looks—they are also symbolic of purity, elegance and sophistication.

The ancient Chinese believed that pearls were formed when drops of dew fell into an oyster’s shell and hardened around foreign bodies like grains of sand or bits of coral. necklaces cannot be denied. The timeless appeal of this classic piece is undeniable, and it can add an elegant touch to any outfit. It’s no wonder that pearl necklaces are a staple in every woman’s jewellery box!

The Physical Attributes of Pearl Gemstone

Pearl is a soft, smooth and lustrous gemstone that comes in many colours. Its lustre can range from silky and satiny to bright and shiny. It has a hardness of 2.5-3 on the Mohs scale and an intense iridescence.

Pearl is a gemstone that is considered to be organic in nature. It is formed when an irritant, such as a grain of sand, is trapped inside an oyster’s shell. The oyster produces nacre (mother-of-pearl) to coat the foreign body, which gradually builds up layer upon layer until it forms a pearl. The resulting gemstone is composed primarily of calcium carbonate with a thin film of nacre over its surface.

Association of Pearl Gemstone with Moon

The association of Original pearl gemstone with the moon is due to its soft, dreamy, and reflective properties. It can be said that the pearl symbolizes peace and tranquillity. The moon represents cycles and cosmic rhythms, as well as intuition and sensitivity. It also represents feminine energy and qualities such as purity and spirituality.

Because of this association, the pearl is often used as a protective amulet against negative energy and evil. It is believed that the wearer of a pearl will be protected from negative influences, which may include bad luck and illness.
Benefits of Pearl Gemstone
The pearl is a wonderful stone to have in your collection. It offers many benefits, including:

The pearl is a calming stone that helps to bring peace and serenity. It can help you to find inner peace and reduce stress, anxiety and worry. This makes it useful for those who suffer from insomnia or nightmares.

The stone can help you to take a step back from your busy life and find peace within yourself. It can also help you to feel calm and relaxed in stressful situations. This is because the pearl is closely associated with water and the ocean—two things that are known for their calming influence.

The pearl has been associated with wealth, prosperity and opulence since ancient times. It is believed that wearing a pearl will help you attract good fortune into your life. This is because the pearl is closely associated with the moon.

The moon is often used as an image of prosperity and abundance, thanks to its association with the tides. The pearl has been used as an amulet for this reason—it was thought that wearing one would bring good fortune and prosperity into its owner’s life.

The pearl is a powerful protective stone that can help shield against negative energy or psychic attack. It is also said to protect its owner from being manipulated or conned by others. This can be especially helpful if you find yourself in a situation where someone is trying to use your emotions against you.

It is said that pearls can also protect its wearer from bad dreams and nightmares. As an amulet, wearing pearl would help ward off evil spirits, negative energy and psychic attack.

The pearl is an excellent stone for relationships, as it helps you to connect with others on a spiritual level. It will allow you to see beyond the physical appearance of someone, instead seeing them for who they really are. It will bring out the best in others, helping you feel their positive energy.

The pearl is also a good stone for those who are single, as it will allow you to attract the right person into your life when they are ready.

The pearl is also a powerful stone for meditation. It can help you to connect with your higher self, and it has been used for centuries by monks and priests. The stone also be used to stimulate your intuition and psychic abilities. It will help you to focus on what is truly important in life, rather than getting caught up in day-to-day stress. The pearl connects the wearer with the earth element and promotes calmness and peace.

Pearl gemstone also improves memory, concentration and overall brain function. It can enhance memory and learning abilities, as it makes the mind more alert. It helps in getting rid of nightmares and gives good sleep. The wearer of pearl will experience an increase in psychic abilities such as telepathy and clairvoyance.

Pearl gemstone is considered to be a powerful healing stone. It has been used for thousands of years as an ancient remedy for various ailments. The ancient Greeks and Egyptians believed that pearls could heal the body and mind.

Pearl can be used to cure skin problems like acne, eczema and psoriasis. It is also believed that pearls help in treating eye diseases like conjunctivitis (pink eye). It improves blood circulation, cures fever and coughs.

Pearl has been used in jewellery for thousands of years and is still used as an elegant and luxurious accessory. The size, shape, colour and quality of pearls are all important factors that determine their value.

For engagement rings, large stones are used for the centre stone. Other popular shapes include drop, round, and oval. Pearls are also paired with other precious metals like gold or silver. The most common setting for pearls is that of a solitaire, which is a single pearl mounted on a band. All these varieties are easy to find at online store like GemPundit.

A strand of pearls may be threaded on a chain or bracelet. most people prefer white pearls because they are the most common and affordable. However, there is a wide range of colours available for both white and black pearls. 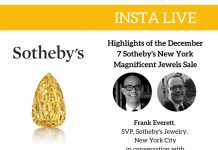 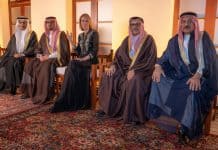