EDINBURGH, Scotland, June 2013 – Leading retailers from Edinburgh and across Scotland were given a special preview of collections from established brands, alongside new designers at a unique VIP event this month.
It took place at the luxurious Hotel Missoni in Edinburgh and was attended by senior retailers including representatives from high profile stores Macintyres of Edinburgh, Black Box Boutique, Hamilton and Inches, Pebbles Jewellery, Alistir Wood Tait, and SHJ Gallery, amongst others.
The exclusive regional preview was held ahead of International Jewellery London (IJL), the UK’s leading jewellery show, which takes place from 1-4 September in London.

Edinburgh was chosen for the event as the region is a key retail destination for the jewellery sector, and second only to London in importance for the luxury industry, according to the most recent Walpole Luxury sector report.
The new designers unveiled at the event are part of the 2013 IJL KickStart line up.
KickStart designers are selected each year by IJL and the British Jewellers’ Association as some of the most exciting talent of the future.
The KickStarters previewed were: Rosie Sanders, Anna Byers, KATTRI, Sara Gunn, Phoebe Jewellery and Christiana Christoforou.
KickStarter, Phoebe Sherwood-Moore from Phoebe Jewellery, said: “The Missoni hotel was a great environment for buyers to browse and take the time to talk to each designer and view our work.
“I am thrilled to have come away with an exciting new stockist and made connections with others that I may not have otherwise met!”
Vanilla Ink, the Dundee based design collective, also joined the KickStarters at the preview event.
Other exciting designers and brands showcased their new collections.

Award winning, celebrity designer, Katie Rowland, unveiled her new sterling silver Woman collection, stating: “ This is a wonderful opportunity to meet with buyers in Edinburgh, gain insight into what works for retailers, secure appointments and receive great feedback in regards to our new collection, Woman by Katie Rowland, debuting at IJL 2013.”
Newcomers to the event, internationally acclaimed Bjørg Jewellery, which is crafted by hand using 100% natural materials, showcased their 2013 collection.
Caroline Ekström, the UK and Ireland Agent for Bjørg, said: “The event was great, set in a fantastic location with lots of positive interest from new potential stores.
“We showcased our current collection, but will be launching a new collection at IJL in September with a new creative story from Bjørg.
“I would definitely recommend a similar preview event to reach out to customers who are unable to attend IJL and for brands to prepare for IJL. “
Bering Time Ltd also attended for the first time, introducing their innovative new Arctic White High-Tech Ceramic watches.
Henrik Leth Moller from Bering, said: “We were delighted to be able to exhibit a small selection of our Bering watch & jewellery ranges at the IJL event in Edinburgh.
“Having the opportunity to talk with several potential retailers, all local to Edinburgh, at one location was fantastic. We had a lot of interest in our Arctic watches and are confident we will see at least one new stockist in the next month as a direct result of the event. “
The event had a luxurious atmosphere and collections were very well received by local retailers. The National Association of Goldsmiths and the British Jewellers’ Association also attended. 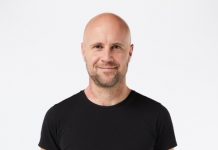