September 22, 2010 – German jewellery and watch retailers are optimistic about prospects for growth after an uncertain economic period, according to an opinion poll among 100 retailers conducted by Messe München, the organiser of inhorgenta.
In cooperation with IBH Retail Consultants the poll analysed the current mood and situation of the German jewellery and watch industry.

inhorgenta europe 2010
The rather optimistic mood among jewellery and watch retailers, already apparent last year, continues to be strong. 36 percent of retailers questioned rated the current situation as good to excellent, 45 percent as acceptable.
Comparing last year’s figures, close to one third of retailers (31 percent) stated that the situation has improved.

Expectations for the coming year are even more positive: 44 percent believe that the economic situation for retail will improve considerably within the next 12 months.
This means that almost twice as many retailers are positive about the future than last year. In last year’s poll only 25 percent believed in such an upswing.

Inhorgenta’s exhibition group director, Armin Wittman, is pleased that the atmosphere throughout the market has improved.
“The optimism already apparent at inhorgenta at the beginning of the year has endured,” Wittman said.
“This shows clearly that the German jewellery and watch market has remained stable and we can expect growth.”

Steady customer traffic ensures steady sales – 52 percent stated that customer traffic has remained the same, and 34 percent even reported an improvement.
38 percent of the retailers questioned stated that sales have improved during the last year. 40 percent report that sales have remained stable.
Overall, 48 percent of retailers consider the current order situation for their business as good to excellent.

In addition to insisting on first-class service, consumers are focusing more than ever on lifestyle brands.
Close to half of all retailers polled (49 percent) stated that lifestyle and branded jewellery have become important to extremely important for their business.
The lifestyle aspect was considered adequate by 22 percent of those questioned.
In terms of future development the industry believes that lifestyle items will continue to maintain their high level of popularity.

In the poll, 57 percent stated that lifestyle will remain as strong as it is now, and 32 percent even believe that it will become even more significant in the future.
Jewellery retailers also confirm the current popularity of individualised jewellery, a trend allowing consumers to customise their jewellery pieces.
In particular, retailers ranked Pandora (43 percent), Fossil (41 percent), and Thomas Sabo (30 percent), as the most important lifestyle brands.

inhorgenta europe 2010
Lifestyle jewellery has been an important and successful subject at inhorgenta for several years.
inhorgenta 2011 will even place a special spotlight on lifestyle and individualised jewellery.
This is yet another step in the trade fair’s role as the trend barometer for the jewellery and watch industry.

180 days prior to the event’s opening on February 25th, 2011, inhorgenta already boasts an increase of about 5 percent in exhibit space reservations.
Pandora, Fossil, and Thomas Sabo are among the registered exhibitors.
All this continues the positive trend of last year’s event.
In 2010, the trade fair counted more than 30,000 visitors from 84 countries, representing a 15 percent growth as well as a new visitor record.
Close to a third of the trade fair visitors came from other countries, an increase of about 2.5 percent. 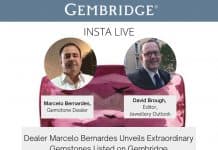 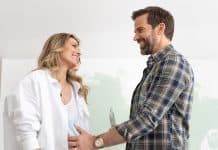