LONDON, September 22, 2019 – A triumvirate of coloured gemstones will lead Bonhams London Jewels sale on September 24 with Van Cleef & Arpels’ rubies, Kashmir sapphires and Colombian emeralds all going under the hammer.

Gracing the catalogue’s front cover is a superior collection of “Mystery-Set” jewels by Van Cleef & Arpels.  The mystery setting is their most famous invention, encapsulating Van Cleef & Arpels’ pioneering spirit for innovation and exceptional craftsmanship.

The collection, purchased circa 1990, perfectly illustrates Van Cleef & Arpels’ dedication to quality and craftsmanship and includes:

Among standout lots is a Sapphire and Diamond Three-Stone Ring, featuring an oval-cut sapphire, weighing 5.16 carats, set between brilliant-cut diamonds.  It is estimated at £80,000-120,000 ($97,000-150,000) and accompanied by three reports confirming its Kashmir origin and no evidence of heat treatment.

A Sapphire and Diamond Three-Stone Ring, dated circa 1900, boasts a cushion-shaped sapphire, weighing 4.46 carats, set between cushion-shaped diamonds, with smaller old brilliant-cut diamond highlights. It has a pre-sale estimate of £100,000-150,000 ($120,000-180,000) and is accompanied by four reports stating that the sapphire is of Kashmir origin, with no indications of heating.

Emily Barber, Director of Jewellery at Bonhams UK, said: “Sapphires hailing from Kashmir continue to be sought after by collectors and gem lovers globally given their colour, history and the limited supply of the finest examples.

“Kashmir sapphires of a sizeable carat weight are very rare to find so we are particularly delighted to offer these two impressive stones for sale.”

The second, An Art Deco Emerald, Diamond and Enamel Brooch by Hennell, the distinguished British jeweller, is dated circa 1925 and contains an engraved emerald, dated 1813-14, which is thought to have been presented by the Mughal Emperor Akbar II (Reg. 1806-1837) to Lady Mary Hood.

Lady Hood was the heiress of Francis Humberston Mackenzie, chief of clan Mackenzie and last Baron Seaforth (1754-1815). The chieftaincy devolved to her after the death of her father and she was also the inspiration for the character, Ellen Douglas, in Sir Walter Scott’s poem ‘The Lady of the Lake’.  In the early 1800s, Lady Hood travelled extensively and charmed the upper echelons of Anglo-Indian society.  It is during these years that she acquired the emerald, believed to have been presented to her by the Mughal Emperor Akbar II. The rulers of Mughal India often ordered their names and titles to be inscribed on gems; engraved seals were widely used and gifted amongst foreigners and noblemen in India.

Emily Barber said: “This is a glorious jewel and with an evocative and impeccable provenance. It has been passed down the female line of the family since Mary Hood’s death and is the first time it has been offered for sale on the open market.

“It is thought that the emerald was mounted as a brooch by Hennell, around 1925, by a granddaughter of Lady Ashburton. The resulting Art Deco jewel perfectly encapsulates the early 20th century vogue for Indian-inspired jewellery that resonated particularly in England due to Britain’s colonial interests. The brooch is also a fitting tribute to the extraordinary life of Mary Hood and we are privileged to offer this for sale.”

Twenty pieces from the private collection of the Buccellati family are set to be offered at Bonhams this September.  The lots, all designed by the great Mario Buccellati, the “Prince of Goldsmiths” himself, date from 1919 to the 1960s, and span Buccellati’s meteoric rise from a small firm operating in Milan to one of the world’s most recognised jewellery houses, with an enviable list of international clients including royalty, aristocracy, industrialists and actors.

Emily Barber commented: “These lots are spectacular early prototypes of what went on to epitomise the Buccellati style.  They act as a visual history of Buccellati’s production and demonstrate the company’s vast range of refined, intricate and tactile goldwork techniques, used to simulate sumptuous fabrics in precious metals and still very much the cornerstone of Buccellati design.”

Signed jewellery from the 1900s to the swinging Sixties and Seventies feature in the sale
Bonhams is widely known as the go to auction house for signed jewellery, and especially for pieces by Andrew Grima, the Anglo-Italian jeweller who pioneered methods of melting and transforming gold into abstract forms, embracing both shape and texture, before setting the jewels with precious and semi-precious stones. Highlights include:

•    A Fire Opal, Emerald and Diamond Brooch by Grima, dated 1968, estimated at £6,000-8,000 (US$7,300-9,700).  The stylised starburst design features a cabochon fire opal within a surround of similarly-cut emeralds.  Its border is formed of textured gold rays and scattered with brilliant-cut diamond ‘flashes’.

Another notable lot which will feature in the sale is A Gold and Enamel Pendant by Lalique, circa 1900, estimated at £40,000-60,000 (US$49,000-73,000).   René Lalique was the undisputed master of Art Nouveau jewellery design and this piece is an exceptional example of his work, featuring a scrolling plaque depicting the profile of a maiden, decorated with blue iridescent enamel, within a frame of undulating gold and blue enamel cornflower motifs, highlighted by three fancy-shaped blue glass cabochons. 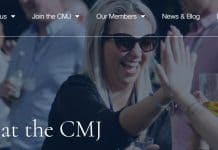 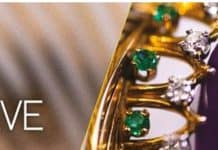 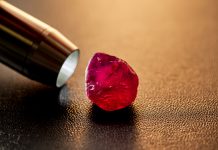